Are you planning to visit Kennedy Space Center on your upcoming trip to Florida? As one of the state’s most popular attractions – with tourists and locals alike – there’s so much to see, do and experience at KSC.

If you’re travelling thousands of miles to get here, you understandably want to feel like you’re maximising your time and not missing out on anything.

The #1 Kennedy Space Center Tour is one of our most popular tours in Florida. Our team regularly visits KSC, so you can be sure that we know all there is to know about this awe-inspiring attraction!

At Real Florida Adventures, we’re genuine Florida experts. We run our amazing Florida Tours out of Orlando, visiting all the must-visit destinations that turn a nice holiday into a great one.

From manatee snorkelling at Crystal River to Orlando Magic NBA basketball games, we’ve got every angle of your Florida trip covered!

For now, let’s focus on Kennedy Space Center. Below, we’ve answered some of the most frequently asked questions we receive to help you get the most from your tour.

If we haven’t answered your specific query, please get in touch with our friendly team for the assistance you need.

Where is Kennedy Space Center?

KSC is located on Merritt Island, Florida. This is to the east of Orlando in the middle of Florida’s eastern coastline. It’s south of Jacksonville and north of Miami, sitting more or less between these two cities.

The visitor complex has paid parking facilities, so you can drive a private vehicle there. At the time of writing, it costs $5 for a motorcycle, $10 for automobiles and $15 for oversized vehicles, RVs and motorhomes.

There are also bus and train links to Kennedy Space Center. However, it takes around 10 minutes to walk from the closest bus stop and 42 minutes from the nearest train station, both of which are highly unappealing in the Florida sun.

Booking a tour with Real Florida Adventures is by far the most convenient and cost-effective way to visit. For optimal comfort, we also offer private tours of the Kennedy Space Center.

What Airport is Near Kennedy Space Center?

Does Kennedy Space Center Sell Out?

The visitor complex at KSC is huge, so they have ample capacity to handle the many tourists who visit on a daily basis. For this reason, daily admission entry to the visitor complex rarely, if ever, sells out.

However, we always advise booking your KSC tickets prior to visiting as it gets your day off to a seamless, hassle-free start. Better yet, our #1 Kennedy Space Center Tour covers all your needs, including return transportation and a local expert tour guide.

For example, have you ever wanted to talk with a real-life NASA astronaut? The Chat with an Astronaut experience lets you turn this dream into a reality!

Add-on enhancements have a smaller capacity, and typically occur at designated time slots throughout the day. As such, they are more likely to sell out.

How Much Does it Cost to Go to Cape Canaveral?

This question is a good moment to explain that Kennedy Space Center and Cape Canaveral are not the same thing.

It can become increasingly confusing the deeper into the details you go, so we’ll keep it short. KSC is on Merritt Island. The Banana River separates this from Cape Canaveral, where Cape Canaveral Space Force Station is.

While tourists flock to Kennedy Space Center, CCSFS is typically not open to the public, with the exception of an occasional tour.

How Many Launch Pads Does Kennedy Space Center Have?

Kennedy Space Center has two launch complexes comprising four launch pads. At the time of writing, only two pads are active. Of the other two, one is inactive while the other is under lease with SpaceX, who plan to use it for Starship launches.

It’s worth noting that there are more launch pads in the area. However, these belong to Cape Canaveral Space Force Station.

How Much Did it Cost to Build Kennedy Space Center?

There are plenty of facts we know about Kennedy Space Center. Unfortunately, it’s more difficult to put a single value on how much it cost to build.

The federal government already owned the land before construction began, and much of the essential infrastructure linking to the site was already in place.

Then you need to factor in that the original structure has been revised, expanded and upgraded over more than 50 years now.

As if that’s not enough, the building work involved many contracts, usually with aerospace companies. These companies then subcontracted work to hundreds of other firms and component manufacturers.

However, we can present some figures that help to add some context.

The Spaceflight Comittee authorised the creation of a visitor centre at Kennedy Space Center in 1965. At the time, this cost $1.2m.

But for an insight into the grander scale of the money spent, we can look at the investment in Project Apollo. Between 1960 and 1973, the United States spent approximately $25.8b on this project. Adjusted for inflation, that’s equivalent to $257b.

Of course, this covers far more than Kennedy Space Center itself, but it goes to show just how large an investment the US government made at the time.

Can You Give a Brief History of Kennedy Space Center’s 50 Years?

It’s impossible for us to give the kind of deep insight that a historical landmark like Kennedy Space Center deserves. However, some of the key points in its first half-century of existence include:

Book Your Tour to Kennedy Space Center in Florida Today

Kennedy Space Center provides an incredible opportunity to experience the past, present and future of space exploration. It’s as thrilling as it is informative!

And with Gateway: The Deep Space Launch Complex now open in 2022, there’s more than ever to see and do.

We run our #1 Kennedy Space Center Tours, and all other Florida tours, out of Orlando. If you’re looking to unlock everything Florida has to offer, our team is here to help.
To take the first step toward your dream Florida holiday, contact us with any questions you have about us and the tours we provide. 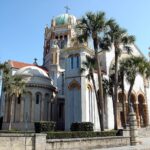 The 10 Most Beautiful Places in Florida You Must Visit
July 8, 2022admin 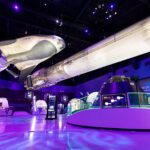 12 Ways for Families to Have Fun in Clearwater, Florida
June 29, 2022admin