Kennedy Space Center is the ultimate destination for anyone fascinated by space exploration and NASA’s rich and exciting history. Located on Merritt Island, just under an hour’s drive east of Orlando, this vast space center celebrates NASA’s considerable achievements, offering guests as much insight and amazement as possible. Of course, children adore the KSC, but adults are often just as starstruck!

If you’re on the fence about whether to visit this incredible destination, we’d like to coax you off that fence and into one of our incredible tours from Orlando. So here are five fun facts about Kennedy Space Center!

1) KSC Holds the Fourth Largest Structure in the World

The Vehicle Assembly Building (often shortened to VAB) at the Kennedy Space Center is the fourth-largest structure in the world by volume. And believe us when we say that it’s even bigger than you’re probably imagining!

If you’re always on the lookout for big, unforgettable experiences, then seeing this gargantuan structure is guaranteed to impress. From making countless visits to the VAB over the years, in our experience working in the industry, we can say that the adults are often just as impressed as the children!

From big in scale (the VAB) to big in terms of historical significance… Launch Complex 39 (not the catchiest name) is where the famous Apollo 11 moon expedition was launched back in 1969.

Perhaps you’re old enough to remember this iconic day, as the whole world watched. Or perhaps you’ve grown up listening to the stories and watching films and documentaries about it.

Many guests describe the sense of historical significance when they visit Launch Complex 39. After all, was there ever anything more momentous than the first time humans landed on the moon?

While ‘enormous’ isn’t the scientific term, the word absolutely fits in this instance! Let’s get into some of the numbers…

The Kennedy Space Center is six miles wide and a whopping 34 miles long. If you’d like to consider its size in terms of area, this means that the entire center covers 219 square miles (570 km2).

If you need a little help putting this into perspective, this means that the Kennedy Space Center is larger than dozens of ‘big’ US cities, such as San Jose, Tulsa, New Orleans, and Denver (although not all combined, of course).

Given the strangeness of the tourism industry in 2020 and 2021, it’s not really useful or interesting to say how many people visited the Kennedy Space Center. Nor is that diminished number particularly ‘fun’.

What is more fun, however, is to consider that when we weren’t struggling with COVID-19, approximately 1.5 million people each year visited the Kennedy Space Center. This makes it one of the most popular tourist attractions in the US!

Perhaps it’s not necessarily the Apollo 11 moon landing that interests you most… Perhaps, instead, what fascinates you most is that the KSC was the launching point for many more successful missions, including the famous Space Shuttle Discovery.

Space Shuttle Atlantis also first launched from the Kennedy Space Center in 1990 and made many subsequent launches. There have been so many launches here over the years. The specific stories are all here to be discovered by you.

That’s all we have time for today. Five fun facts about the Kennedy Space Center. We hope we have excited and enthused a few readers considering whether or not to visit this iconic place!

If you have any questions about the KSC experiences here at Real Florida Adventures, please feel free to get in touch. Your next big adventure in Florida could be just a few clicks away! 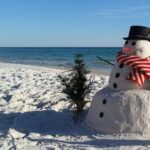 What is the best time to visit Florida weather-wise?
January 11, 2022admin 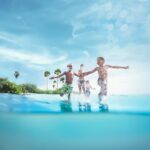 Get Ready For A New Year, Orlando Style!
January 5, 2022admin 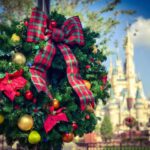 It’s The Most Wonderful Time of the (Orlando) Year!
December 10, 2021admin